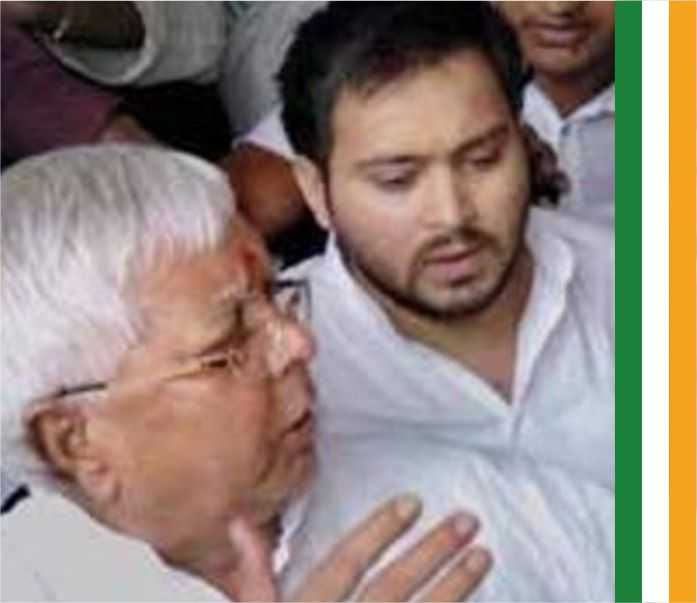 india vistar bureau
The CBI has issued fresh summons to RJD Chief Lalu Prasad
Yadav and his son Tejashwi Yadav for questioning in connection with its investigation into the
alleged irregularities committed in awarding tenders for development, maintenance and
operation of Railway hotels at Ranchi and Puri to a private firm when Lalu was the
railway minister. Yadav was the Railway Minister in 2006.
Sources said Lalu has been asked to appear before the agency on September 25, and
Tejashwi the next day. They had earlier been called on September 11 and 12 but Lalu
did not turn up, citing an ongoing court case in Ranchi where his presence was required,
while Tejashwi claimed he had political commitments to take care of.
The CBI has alleged that Lalu, as railway minister, handed over maintenance of two
hotels run by Indian Railway Catering and Tourism Corporation (IRCTC), a subsidiary of
the Indian Railways, in Ranchi and Puri to Sujata Hotel, a company owned by Vinay and
Vijay Kochhar, in return for a prime plot of three acres in Patna through a benami
company. The FIR alleged that Lalu, as the railway minister, abused his official position
for extending undue favours to Kochhars, acquired a “high value premium land” through
a benami firm Delight Marketing Company, and as a quid pro quo, “dishonestly and
fraudulently” managed award of leasing of the two hotels.
The CBI has registered the case against Lalu, his wife Rabri Devi, a former Bihar chief
minister, son Tejashwi, who was deputy CM until a few months ago, and Sarla Gupta,
wife of Prem Chand Gupta, a former union minister. Others named as accused in the FIR
include Vijay Kochhar, Vinay Kochhar, both directors of Sujata Hotels and owner of
Chanakya Hotel, Delight Marketing Company, now known as Lara Projects, and the then
IRCTC managing director P K Goel.
Meanwhile, the Enforcement Directorate (ED) which is also investigating the case, has
already issued a notice to Rabri Devi for questioning in the case. Rabri Devi has been
asked to appear before the ED for questioning here on September 26. The ED registered
a money laundering case against Lalu and his family members, including Rabri Devi, on
the basis of CBI’s FIR in this regard.